Free By The Truth Ministry's employees are highly-trained, experienced and dedicated to the success of our business.

Born in February 1, 1973 in the small town of Yoakum TX.  Son of a Baptist Preacher who grew up in the Church.  At the age of 7yrs old Fernando accepted Jesus as his personal Savior.  Pastor Charles Began his call to ministry:
​
1.  1996 at Primera Church of San Angelo, TX.  He was active in the music ministry of the church as Assistant Praise Team Leader

3.  2001 felt God’s call to study God’s Word and enrolled and was accepted at Baptist University of the Americas to study God’s word and learn how to minister to people and effectively lead them to a lasting relationship with God.

4.  In the same Year he accepted the call to Youth Pastor at Primera Iglesia Bautista in San Antonio, TX under the Leadership of Pastor Alfonzo Flores.

5. In 2003 Pastor Charles accepted the Associate Pastor / Ministry Leader for the College and Career Ministry at Mustard Seed Baptist Church under the leadership of Pastor Samuel Espinoza.

7.  In 2007 Pastor Charles graduated from Baptist University of the Americas with a Bachelor of Arts in Theology/Leadership, and a minor in Youth Ministry.

8.  In April of 2014 Pastor Charles Accepted a position at the Texas Department Of Criminal Justice as the head Chaplain over the Ruben Torres and Joe Ney Units, leading men to know and have a relationship with a God Who loves them through September of 2016.
​
9.  In November of 2016 Pastor Charles currently is the Chaplain for 557 employees for Qualfon a telemarketing Firm in San Antonio.
​
10.  January 2017 Chaplain Fernando and Olga Charles started Free By The Truth Ministry

I was Born in Nuevo Laredo Tamaulipas in 1966.  Both my parents passed away when I was young.  Growing up I was raised by my older brothers.  I have 10 siblings besides myself.  Came to live in the US in 1973.  Graduated High school in 1986 on the South Side of San Antonio.  I have 2 boys, 2 girls and 4 grandchildren.  IN 2009 I met the man that I want to grow old with, It was through God using my husband that I came to know God as my savior in 2010, and was baptized in 2012.  In 2013 Fernando and I were married.  Coming to know God as my savior my relationship has grown so much in him.  In my walk with God I have learned to be obedient to him and every chance I get I share my testimony with others and what God is doing in my life.  I now tell others about God and know deep down that I can forgive others and be "Free By The Truth." 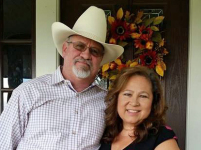 Director of the Board / Treasurer

Kevin and Catherine Hyland met in 2010 in San Antonio, Texas and they were married in 2012.  Between the both of them they have seven children ranging in ages from 34 to 18 and eleven grandchildren.  They are both military veterans (Kevin was in the Army, Catherine was in the Navy).  In 2012 Kevin began volunteering with Prison Fellowship Ministry (PFM), teaching life skills at the Torres Unit in Hondo, Texas. In 2015 Catherine also joined PFM.  They are halfway through facilitating a three-year program called The Urban Ministry Institute (TUMI) at the Briscoe Unit in Dilley, Texas.  The program consists of 16 nine-week courses in biblical studies, urban mission, Christian ministry, and theology and ethics with the end result of equipping prisoners to be spiritual leaders who help transform prison culture and the urban areas to which they return after incarceration.  Kevin and Catherine live with her 80-year old mother on the outskirts of San Antonio.  In their free time they enjoy relaxing at their house in the country with their 2 horses, chickens, goats, 3 Labrador Retrievers and the newest addition to their family, Lela the Chihuahua. 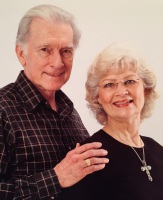 Board Members / Board Secretary

Wayne and Sharon are Houston area natives, married 55 years, with three children and five grandkids.  After moving to Bandera County 20 years ago, Wayne attended his Walk to Emmaus in 1999, and Sharon attended her Walk in 2001.  They were active in the Emmaus Community and their church in Bandera, until they joined the Kairos Prison Ministry Team at the Torres Unit in 2008.  They were immediately “hooked” on prison ministry, started volunteering every Sunday, and Wayne began teaching in the faith-based programs.  He is a Certified Volunteer Chaplain Assistant with TDCJ, and is the Kairos District Liaison with the Torres Unit.  Wayne is a Board Member of the Chapel of God’s Country Ministries, and plans are to begin construction of a new Chapel Building at the Torres Unit this summer.  Wayne and Sharon look forward to serving the Lord in prison ministry for many years to come.